Officially St. Nicholas Hurst, Hurst was originally known as Whistley. When the local church was built in 1080, the land surrounding it was described as Hurst, a wood and hence the name was born.   The primary school, in school road was built in 1843 although from 1818 until 1843 a school named Hurst and Ruscombe National School was situated in a white house in Tape Lane (formerly Nocotts Road).

Today the village of Hurst is passed through by many on their way to Wokingham from Twyford or from those travelling from Winnersh to Twyford.  The A321 which intersects Hurst and forms the main street hosts a small selection of local shops and services.  Together with the cricket club, children’s playground and pond all form the village heart.

Wargrave is mentioned in The Domesday survey, completed in 1086 and refers to the Manor of Wargrave which belonged to the King. The name Wargrave is derived from ‘Weir-Grove and originally lay within the forest of Windsor.  The Church of England parish church of Saint Mary dates from the 12th Century with the The Roman Catholic church of Our Lady of Peace having been  built in 1963.   The current high street dates back to the 13th century and today remains largely unchanged in layout.   In the 20th century the village’s population grew significantly.

Today the A321 carries traffic from Twyford and the A4 to Henley on Thames, passing through Wargrave.   Residents benefit from both a railway station connecting to Twyford and Henley and easy road access to the A4 which serves the M4.  Wargrave has its own eclectic assortment of shops, mostly based around the A321 which slices through the village.

Charvil is steeped in history, and evidence of people living there as far back as 2000 years has been unearthed.  Before the building of the A4 Charvil was on the main route from London to Bath and a toll-gate, called Twyford Gate, was situated near the old Charvil Farm entrance. In 1925 there were only about 20 houses in the village and the area was mostly farmland until the 1950’s. The area expanded with the coming of the new road system and today there are over 1,100 houses

The parish church of St. James Ruscombe dates back to the late 12th century although it is said the village dates back to the 11th century. It is first mentioned in the foundation charter of Old Sarum cathedral, dated 1091. To the east of the church once stood Ruscombe Lake covering about 3000 acres between Southbury Lane and Waltham St Lawrence and famed for its abundance of fish. It was drained in 1820 when the Bray Cut was made and subsequently cultivated, however, it still keeps its name.

Situated within easy distance of the M4 in between Reading and Maidenhead.  The name ‘Waltham’ is believed to be derived from the Anglo-Saxon words Wealt and Ham, meaning ‘dilapidated homes’.   The church is called St. Lawrence and thus gives the village its name also formerly known as Lawrence Waltham in early records.

Only three miles from Twyford yet considered being part of the Royal Borough of Windsor and Maidenhead as opposed to Wokingham Borough Council, with a population of approximately 1,500 people.   Until 1820 a large lake separated Waltham St. Lawrence from Ruscombe giving the name South Lake to the southern end of the parish. After the Norman conquest this area was named ‘Sud-Lac Rue’ and subsequently became Shurlock Row. Although there used to be numerous family businesses in the parish unfortunately they have now all closed down and residents are forced to travel further afield. 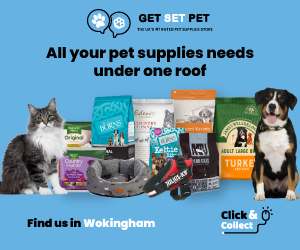